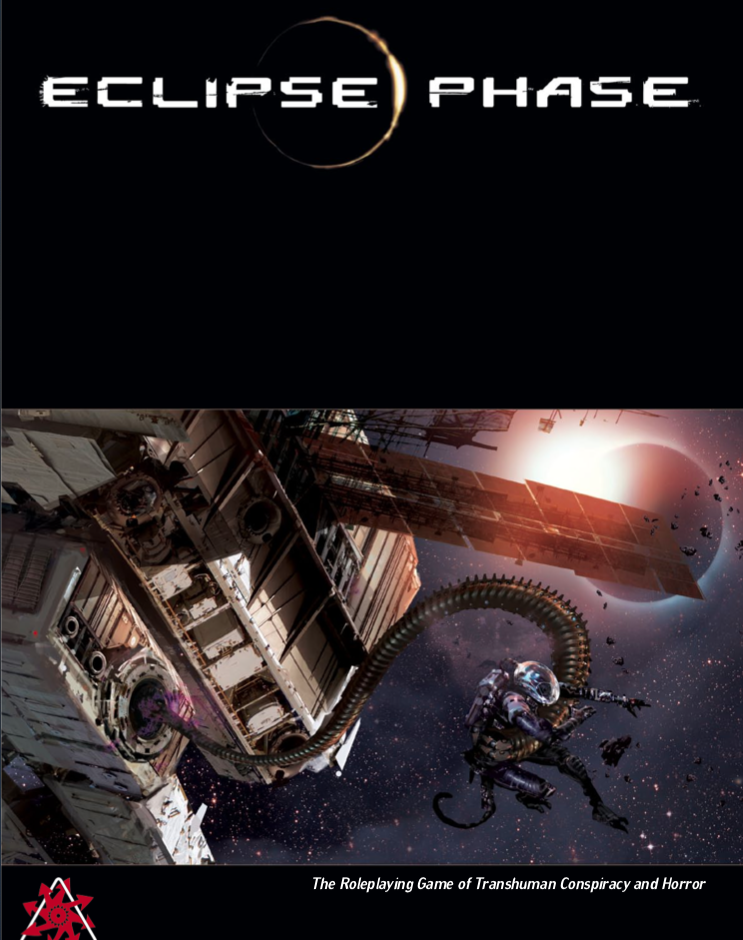 Eclipse Phase is a tabletop roleplaying game of post-apocalyptic transhuman conspiracy and horror.

An "eclipse phase" is the period between when a cell is infected by a virus and when the virus appears within the cell and transforms it. During this period, the cell does not appear to be infected, but it is.

Players take part in a cross-faction secret network dubbed Firewall that is dedicated to counteracting "existential risks" — threats to the existence of transhumanity, whether they be biowar plagues, self-replicating nanoswarms, nuclear proliferation, terrorists with WMDs, net-breaking computer attacks, rogue AIs, alien encounters, or anything else that could drive an already decimated transhumanity to extinction.

Suggest new edition
Looking for Group is not affiliated with or endorsed by game publishers. Images are copyright their original creators, and logos are trademarked by the publisher. This information only appears here in an editorial capacity.